As you can tell, not a lot going on round here, I’m just sooo busy promoting my own tunes at chintzbaby.com. Not really, I find it’s quite a bit of work doing this blogging thing, but I’ll bung up a few tunes as I find then every now and then. And apologies about the shameless promotion of my new album up there…

Randomer – Running Dry (DKMNTL-UFO2)
Rather fine, I think, and it came from the website of a software company – Native Instruments, who blog a bit more cleverly than I do, but I’m not selling you anything, much. Anyhoo, this does have some nice sounds on it even if its just a way of selling software, it works for me (and the link to NI gives you all you need to know about Rohan Walder’s Randomer project).

Niteworks – Beul na h-Oidhche – from the album Niteworks
Folk meets banging beat artistry in this one, actually saw them live for a minute or two at Cambridge Folk Festival this year – banging DJ/Producer doing his thing, next to him was a guy playing the bagpipes – ticks so many boxes for me… Get the whole album, as I have, and fine it is too!

Metazoa by Weval
Weval – new single (remember them?) from Weval, oddly, I missed the announcements, so off to Amazon to get this I think!

Oh, and one other thing – we have Kompakt Total 17 arriving on 1st September 2017, sooo exciting!

Right, need to post this up to t’interwebs, have a nice listen, and let me know what else I should listen to.

~andy~
ps : yes, I do like some folk music, especially if it’s got a story and a lot of diddly-diddlies… 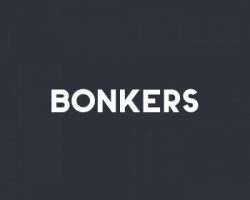