What? Best noise cancellation headphones? Have I gorn mad or something? Surely, noise and feeling the beat are my thing, so what’s this all about, eh?

Well, I did wonder if it was possible to get some groove into your soul using headphones, everyone’s doing it these days, people wandering about staring at their screens with mahoosive cans around their heads, oblivious. So, perhaps there’s something in it …

Whadya want them for?

So, first thing, I’m interested in looking a these ‘ere cans just for listening to stuff, not mastering, not DJ’ing (ah, one day perhaps), and not flying an aircraft (seemingly one popular use of noise cancelling headphones, and, ah, yes one day too).

DJ headphones are a different breed, and you probably only want to hear the beat, and the beat only, not the subtleties of a finely tuned sample. And, again, mastering headphones need to be pretty flat in EQ, I’d say (something for another blog p’raps, let me know).

So, listening then. To bonkers electronica.

To cancel or not to cancel, that is the question

I’d say that listening intensely to some of the music that we like here would be most rewarding, we can hear the subtleties of a finely tuned sample (did I already say that?) and the full stereo effects that are striven to get to, plus the space – high/low/back/front that you wouldn’t get from speakers. Unless you sit with your eyes shut in front of them at a high volume – not always practical, or comfortable.

So to get that nice clarity, having the extraneous noises removed is going to be bliss! Noise Cancelling (or canceling, for our US chums) headphones will add that serenity, especially to the Hardcore / TerrorCore aka Doomcore aka Deathcore sweetness that’s around (see this lot…).

How does it work? 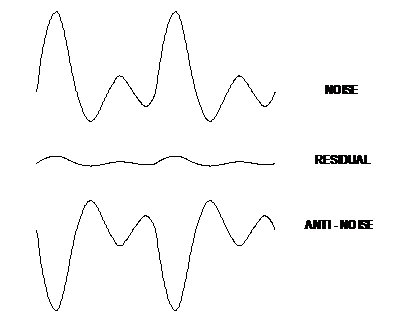 If you’re a techie, that’ll make sense, if not, it won’t, so I won’t explain it all – just to say that these NC headphones are quite safe, they actually do reduce the level of sound your ear gets to hear, and so you can listen to stuff at a reasonable volume, and only hear the bonkersness, not the car revving outside, or the huge sausage factory next door, turning out sausages. Interestingly, some of the early versions of noise cancelling technology relied on the general rhythmic nature of much background noise, because it’s mostly man-made. And there’s plenty of sampling opportunities there, hmmm…

Here’s another diagram, for funsies: 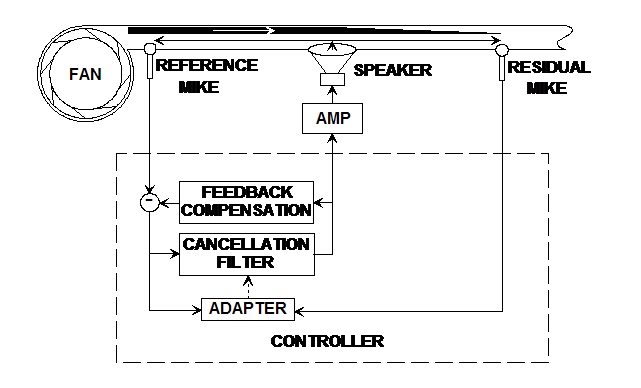 Here’s a list I’ve culled from t’internet, all of which seem to appear on all best-of lists, plus one of mine own choices at the end, with a reason …

Bose QuietComfort 35
I’ve listened to these in a Bose shop, and they are pretty amazing, lovely looking and nicely packaged. Splendid reviews about for these, such as “Tested this against a playground full of shouting schoolchildren and also a wood lathe and no noise interference whatsoever.“, “these Bose headphones oozed quality“, etc. Expensive though, so recommend going to a Bose shop and listening to them, and get some good Bose service into the bargain.

Sony ZX770BN
A third of the price of the Bose QC35’s, and seem to do a good job, one reviewer said : “The sounds from these headphones is full and smooth, the favour the low end but don’t have booming base“, which is what we like!

How much : £100
Get from : Amazon.
Sennheiser Momentum Wireless
Always a bit of a world-leader in headphones, they don’t make much else it seems, so they should know their onions. “simply breathtaking listening to any type of music“, says one reviewer, and that’s what we like to hear, breathtaking – try them out, I’d say! Bit pricey though, but you gets what you pays for.

AKG N60 NC
AKG are also known for their decent mastering headphones, so no stranger to doing the thing. “The AKG’s deliver a fantastic range, great treble, full mid-ranges and some decent but not overbearing bass.“, one reviewer says.

Bowers and Wilkins P5 Series
Ah, now here’s the thing, these aren’t noise cancelling, as I found out when I listened to them in John Lewis the other day (there were TV’s blaring etc etc), but they do sound fabulous, if you have a quiet room to sit in. A bit of a thing for me, B+W, ‘cos I used to work in a small Hi-Fi shop in Worthing, Sussex (England!) called, “Bowers and Wilkins”, and worked for Mr Wilkins. The visionary Mr Bowers set up a speaker factory somewhere else in Worthing. So, yup, I’m a bit biased here, but these headphones did sound good.

So, there are my arguments for getting a decent set of NC headphones, as you probably can tell, I’ve not been able to go out and buy them all to try out, but I’ll be saving my pennies for one of them soon.

I’d be really interested in what our Electronica fans think of sitting listening to the bonkersness with headphones – what impresses you most?

I am a huge fan of Bose products, especially their music products, I would love to have one one day so badly. These headphones sound just awesome, high quality for sure being a Bose product. Blocking unwanted noise would be a huge plus, most products like these just do not do this all that well.

Bose is a very high quality product for listening to your favorite music, if you want to see a big smile from your music lover give them a Bose music system product.

Yes, they are, and the Bose service is pretty good too, as I found out when I went to their shop.

Thanks for the comment, one day you’ll find enough cash for one of these lovely headphones, me too!

The Bluetooth association appears to be vigorous. 3 quality settings appear to exist, yet I simply read the directions once and set them to the most elevated “quality” setting whatever that implies!. I didn’t see much contrast, to be completely forthright, yet on the other hand, I wasn’t giving careful consideration – it’s unquestionably not night and day enhanced from the industrial facility set default center quality setting. The main issue I found was the point at which I took a stab at testing the extent. Firstly, it’s not incredible – I assume in an open arrangement office you may receive 10m in return, however in my stone constructed loft, leaving a room by and large means losing the music. Also, I discovered it some of the time experienced difficulty re-building up the association once it lost it. Then again maybe all the more precisely, it in some cases appeared to recover the association constantly rapidly I rush to include, however, the high frequencies .I assume 6khz up or so would verging on sound contorted. Like there was a timing issue or something.. Anyway, it’s lone a forced cycle far from being fine once more, so I’m not all that worried about it.

You must be referring to the Sony ZX770BN as they have 3 ‘quality’ settings apparently, why anyone would pay a hundred quid and not have the highest quality I don’t know!

Glad you’re not worried by it, and thanks for your comment – interesting!

I’ve always wondered how well these block sound compared to the rubber ear buds that go inside the ears, they block sound pretty well too in my opinion. Although admittedly I’ve never used a set of proper noise cancelling headphones.

Great post by the way. Keep up the good work.

I think they do it pretty well, the technology is quite advanced now. Means you can listen to the music only, and not the angle grinding going on next door!

Thanks for your kind words!

Hello! Just a quick review here – in case you’re sitting there wondering what sort of mobile phone you should get, well, then let me suggest a couple! Marshall London Never heard of them! Ah, Read more…

Do you listen to mp3 music downloads or get the CD? Need to feel the BASS!

MP3 .vs. CD in the car One of wonders of the modern music scene is the sudden decrease in quality of the listening experience … from tinny ear-buds to mobile phone speakers – yuck! Dance, Read more…